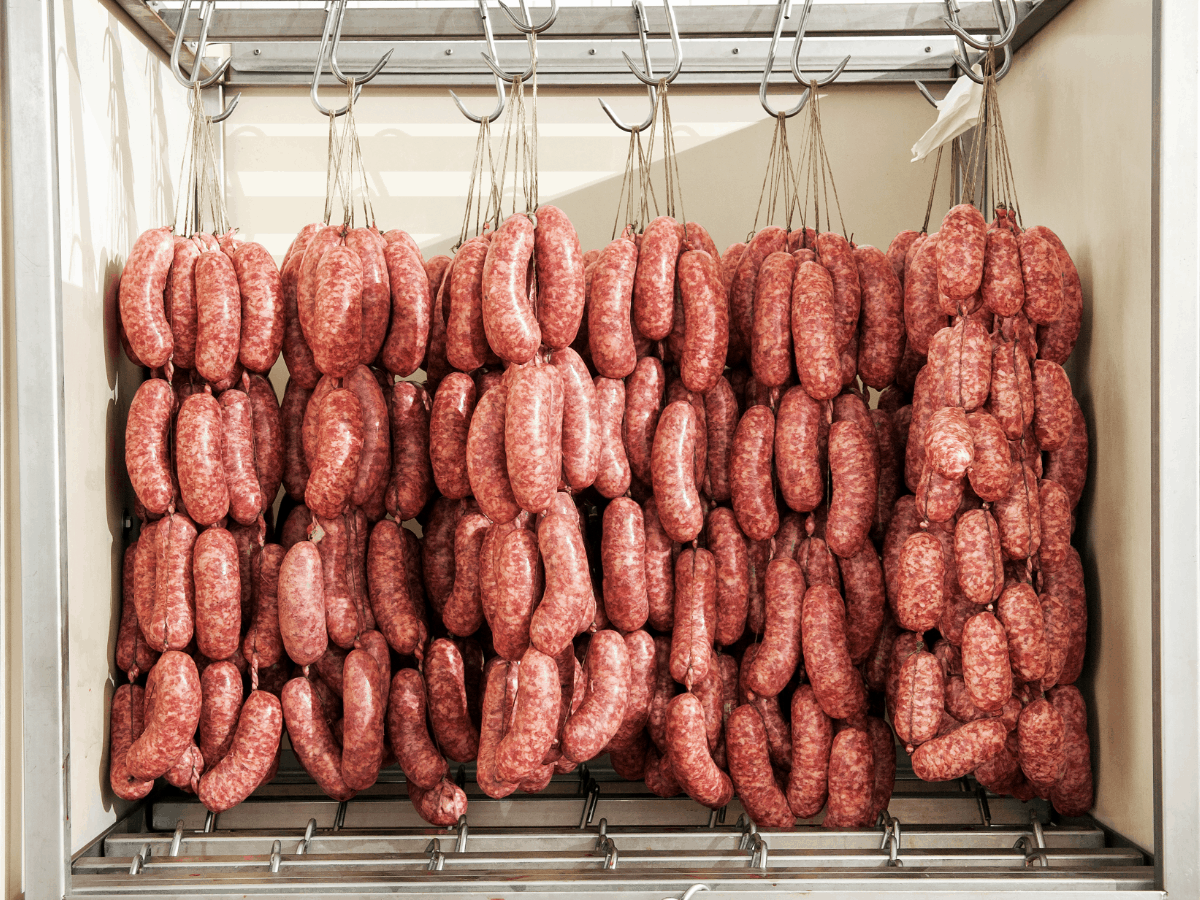 Buying sausages around the world can sometimes be a bit hit and miss as to whether you get the right quantity you need to feed the amount of people you are serving. Different shapes, lengths and thickness will alter how many you get per weight.

So how many sausages do you get in one pound weight? Getting 6 Sausages is about average per one pound weight (454g). However every sausage maker will link their sausages to their own specifications, and so you could get a few as 3, or as many as 9, depending on the way the butcher produces them.

Sausages Per lb Around The World

Every traditional butcher or meat market, in every country around the world, will most likely make their own recipe sausages. Along with the “secret recipe”, they will also have their own idea as to how many sausages will be served in 1lb weight.

Here we list a few countries and explain how those countries tend to sell their sausages* and how many you can expect to get in 1lb.

* For this purpose we are using fresh sausages that are made using hog casings and not chipolata style sausages that use sheep casings.

In the UK, many of the traditional butchers will sell their sausages as ‘Pork 8’s’. This means that the sausages are linked approximately 8 per lb (454g). Many of the mass produced sausages sold in packs at the grocery stores are also packed in 8’s.

In recent times, butchers have started to link the sausage to weigh 6 or 7 per lb. They know that most customers will ask for ‘a pound of sausages’ and be expecting 8.

The butcher will then say something like “that’s just under the pound with 7 sausages, is that ok for you?”. Most often the customer will reply “oh put another one on please to make 8”, this obviously takes it over the lb in weight and gives the butcher a bigger sale.

When you are selling hundreds of sausages a day, every extra sausage soon adds up to a nice little extra profit for the butcher!

Independent butchers and meat markets within the USA and Canada tend to link their sausages larger at around 3 or 4 per lb.

Many of the fresh sausages sold such as Bratwurst, Hot Italian and Mild Italian are sold in single links and tend to be longer than those in the UK.

Germany is renowned for its love of sausages “Wurst” and have them in all sizes. Commonly many of the sausages they produce are processed and smoked such as the Bockwurst and Frankfurters. However the Bratwurst also originated from here and is linked similar in size to North America with about 4 per lb.

France also has a variety of famous sausages (saucisson), and many are made using less common parts of the animal. Boudin Noir for example uses the blood of the pig and Andoulliette which uses the intestines. These are usually sold about 4 per lb.

The French are also famous for their “Toulouse” sausage that is made using just pork, salt and pepper and traditionally sold as a once continuous ring per lb and cut to the length you require.

Australia have a slang word for their sausages that they call ‘Snags’. These sausages are usually made using a mixture of pork and beef and sold about 4 or 5 per lb.

sausages in Poland are known as ‘Kielbasa’ and can be sold either fresh or smoked. They are usually shaped in a ‘U’ shaped ring and weight about 8 – 12 ounces.

As you can see, suasges produced around the world come in different shapes and sizes and so it is difficult to say exactly how many come in a lb.

However if you are thinking of the typical “English Style Banger” then you can expect there to be 6 – 8 per lb.

To save any embarassment when shopping for sausages, it is probably safer to ask for the quantity / number of sausages you require rather than the weight!

If you fancy having a go at making your own sausages, we have an article written about the meat to fat ratio that will provide the best results here.

link to Collar Bacon - A Tasty Alternative To Gammon Ham

Collar bacon is not as popular as the more commonly available gammon cut, but that may because people are not sure what it is. In this article we aim to highlight just how the collar bacon should...

Continue Reading
link to What Does French Trimmed Meat Mean?

Some recipes call for your meat to be 'french trimmed', but you may not be sure what that means. This article will help explain what french trimming is and why it is done. So what does 'French... 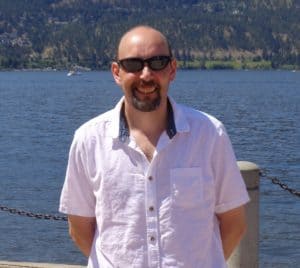 I have spent over 30 years in the meat and food industry, predominantly as an independent butcher, having owned my own shop for 10 years until a medical condition forced me to retire from the business.

Not wanting to be completely out of the trade, I have created this blog and Youtube channel to help teach others all about meat, cooking and simple butchering techniques that can be done in the home kitchen environment.

I hope that you will get value from the information provided and I thank you for taking the time to visit.

Thanks for stopping by,

Yourmeatguide.com is a participant in the Amazon Services LLC Associates Program, an affiliate advertising program designed to provide a means for sites to earn advertising fees by advertising and linking to Amazon.com / .co.uk

We use cookies on our website to give you the most relevant experience by remembering your preferences and repeat visits. By clicking “Accept”, you consent to the use of ALL the cookies.
Cookie settingsACCEPT
Manage consent

This website uses cookies to improve your experience while you navigate through the website. Out of these, the cookies that are categorized as necessary are stored on your browser as they are essential for the working of basic functionalities of the website. We also use third-party cookies that help us analyze and understand how you use this website. These cookies will be stored in your browser only with your consent. You also have the option to opt-out of these cookies. But opting out of some of these cookies may affect your browsing experience.
Necessary Always Enabled

Any cookies that may not be particularly necessary for the website to function and is used specifically to collect user personal data via analytics, ads, other embedded contents are termed as non-necessary cookies. It is mandatory to procure user consent prior to running these cookies on your website.